As in many other aspects of our relationship, Canada and Mexico are close partners and cooperate on bilateral and regional security. Canada has much to gain from a stable, secure, and prosperous Mexico, and as such we warmly welcome and appreciate the efforts and cooperation of the Government of Mexico toward a mutually beneficial working relationship across the spectrum of security issues.

Canada and Mexico collaborate through security and safety institutions to share information and best practices on key issues such as police surveillance and crime prevention, border security, and migration. The Royal Canadian Mounted Police receives Mexican police officers at the Canadian Police College to reinforce their capacities on a regular basis.

In addition to operational exchange, our governments meet formally each year to update and exchange information of mutual interest such as combating drugs and crime, cybersecurity and cybercrime, emergency management, border and prison security, and rehabilitation.

Due to the scale of security issues and their transnational nature, Canada and Mexico also work trilaterally with the United States and through multilateral forums such as the UN and the OAS.

Canada is committed to supporting Mexico around transnational organized crime, which is a threat to our region. The Anti-Crime Capacity Building Program is designed to reinforce capacities to prevent and respond to threats from transnational organized crime, and includes programs in port and maritime security, crime prevention in tourist areas, aviation and border security, traffic of migrants, human trafficking, cybersecurity and cybercrime, and criminal justice reform. More than 20% of the program’s budget currently goes to Mexico to prevent and respond to these threats. The Royal Canadian Mounted Police are actively involved in the program alongside experts who provide training on topics such as online child exploitation.

Likewise, the RCMP trains Mexican police officers in collaboration with the United States. An example of this is a recent workshop on fentanyl and training for its detection through canine training.

The Anti-Crime Capacity Building Program (ACCBP) was created to enhance the capacity of beneficiary states to prevent and respond to threats posed by international criminal activity throughout the hemisphere, including in Mexico.

The Government of Canada is committed to assisting Mexico with their efforts to tackle transnational organized crime, drug trafficking, and insecurity, which in turn also protects Canadians from criminal threats both at home and abroad.

The ACCBP currently supports twenty (20) multi-year projects, that are either exclusively dedicated to Mexico or include Mexico as part of regional initiatives. The total value of these projects is CAD $36M, out of which approximately CAD $4.7M is directly committed to anti-crime capacity building programming in Mexico. 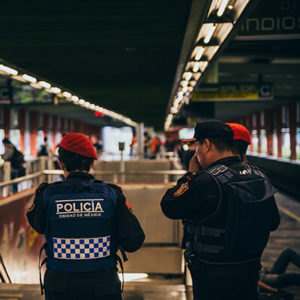 Corruption affects us all. It is an important governance issue that has a profound impact on foreign policy, trade and sustainable development, since it is a multifaceted, ubiquitous and infectious problem. In that sense, it is not a surprise that Canada, Mexico and the United States successfully completed the chapter on combating corruption within the framework of the renegotiations of the North American Free Trade Agreement. We recognize the importance for our investors of having a reliable institutional structure.

When corruption is systemic, the capacity of the state to carry out its functions is weakened, which has an impact on the inefficiency of public services, increased levels of mistrust, reduced legitimacy of public institutions, economic uncertainty and a decline in foreign and private investment.

Fighting corruption requires a very broad, ambitious and realistic approach. In addition, Canada actively participates in various forums in Mexico to promote dialogue and cooperation on anti-corruption and transparency issues.

The promotion and protection of human rights is an integral part of Canadian values and is a priority of the Canadian government internally and abroad.

In Mexico, the Canadian Embassy regularly engages with the Mexican government through an annual dialogue to discuss human rights in both countries and share best practices to strengthen the promotion and protection of human rights. The Embassy is also in contact with civil society and supports it to promote advances in public policies, as well as the defense and promotion of respect for human rights in Mexico.

We concentrate our efforts in particular on addressing threats against human rights defenders and journalists; address violence against women, particularly femicide; increase respect for diversity in the LGBTQI community, and guarantee the rights of indigenous people and migrants.

Canada is also committed to advancing the rights of Indigenous peoples around the world, including Mexico, through its multilateral and regional engagement, bilateral advocacy, and development programming. 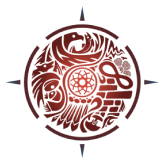 Canada believes that migrants rights are human rights and that emigration should be a choice. Like Mexico, the government of Canada is committed to protecting the rights of migrants, to address irregular migration, promote safe and orderly human mobility, and promote regional labour mobility programs. Canadian development programming, Canada’s Anti-Crime Capacity Building Fund, and the Canada Fund for Local Initiatives seek to target the insecurity, and socio-economic vulnerabilities that motivate many to seek shelter elsewhere, among them gender-based violence and climate change.
Canada and Mexico have agreed to implement activities under the Regional Asylum Capacity-Building Initiative (RACBI) through the framework of the Asylum Capacity Support Group to strengthen asylum capacity in Mexico on refugee issues. Through RACBI, Canada supports the office of the United Nations High Commissioner for Refugees in Mexico to implement a project with the Mexican Commission for Refugee Assistance (COMAR) to expand its capacity to register and process asylum claims.

Canada is actively engaged with multilateral organizations on migration and refugee issues and played an active role in the process to develop the Global Compact for Safe, Orderly and Regular Migration (GCM). Canada also supports the Comprehensive Regional Protection and Solutions Framework (MIRPS), which it will chair until July 2022. Through these fora and the bilateral High Level Dialogue on Mobility (HLDM), Canada works in close partnership with Mexico to protect the rights of migrants, address irregular migration, promote safe and orderly human mobility, and promote regional labour mobility programs.

For the Department of National Defense and the Canadian Armed Forces, the continuous development of bilateral and trilateral defense cooperation with Mexico is a priority.

The Secretaria de Marina and the Royal Canadian Navy deepen their relationship through the North American Maritime Security Initiative. Canada, for example, recently offered SEMAR the opportunity to deploy two junior officers on a Halifax-class frigate for six months, as well as to provide naval training opportunities to improve its deep-sea and coastal operational efficiencies.

Through the Military Cooperation and Training Program, Canada provides training to Mexico to contribute to the professional development of its military officers and increase the interoperability of the Mexican armed forces with the military personnel of the Western Hemisphere.

Canada and Mexico have a long history of cooperating to protect our borders, while facilitating legitimate trade and travel between our countries. We are committed to guaranteeing an efficient and safe movement of people and goods.

The Canadian Border Services Agency collaborates with Mexico and other international partners to protect borders, and has several collaboration agreements with the National Migration Institute and the Tax Administration Service (Customs).