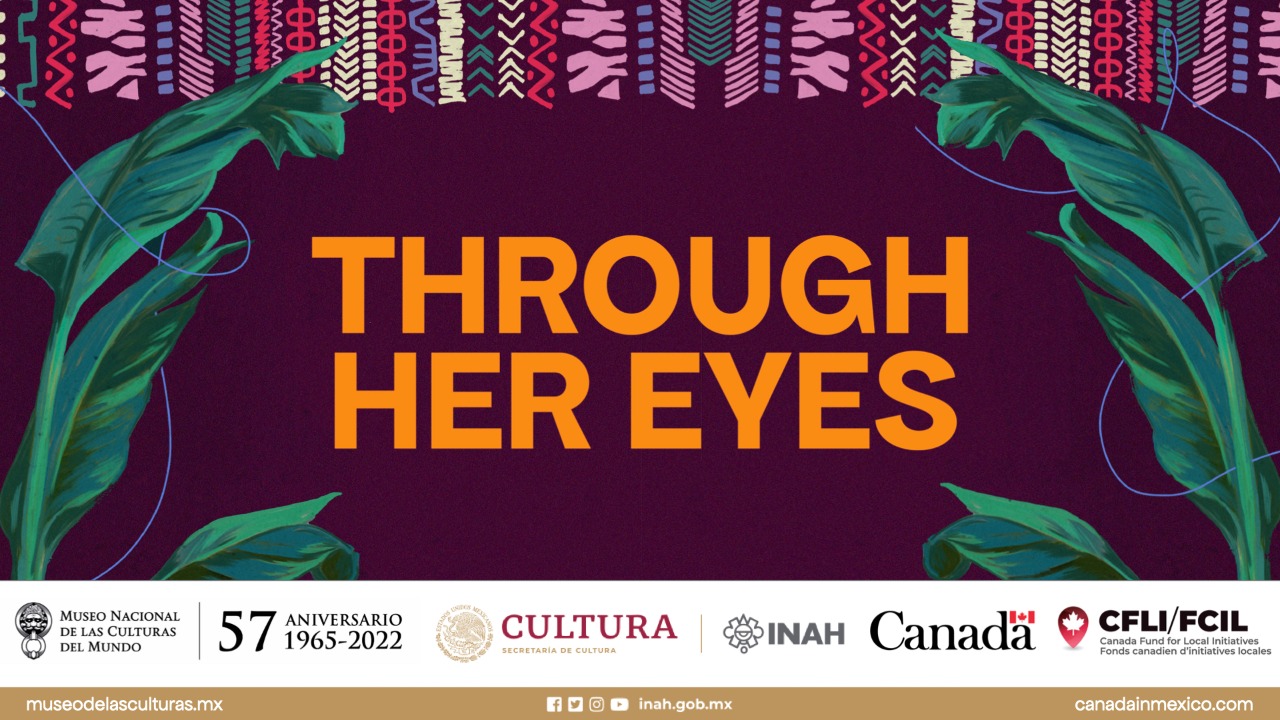 Canada has a feminist, inclusive, and human rights-based foreign policy. As such, we are committed to promoting inclusion and amplifying the voices of Indigenous and vulnerable peoples, domestically and abroad, based on respect, cooperation, partnership and a recognition of their rights.

In both Canada and Mexico, the colonial legacy has deeply and negatively affected Indigenous communities and people of African descent. This legacy often contributes to the marginalization of women and girls, making them an invisible demographic.

Indigenous women are the backbone of Indigenous peoples’ communities and play a crucial role in the preservation and transmission of traditional ancestral knowledge, cultures and languages. As mediators, negotiators, advocates, and more, they are building peace every single day, and they have been doing it for centuries.

In order to highlight this important role played by Indigenous women, the Embassy designed the project Through her Eyes. Through a collection of illustrated portraits created by Mexican artist Citlali Haro, this project seeks to celebrate and empower the courageous Mexican and Canadian Indigenous women who have worked relentlessly to advance the rights and cultures of their communities, and to promote their access to and equal participation in the societies of both countries.

The collection of portraits has been on public display at the National Museum of World Cultures in Mexico City since December 13, 2022. The official inauguration took place on January 10, 2023, on the margins of the North American Leaders Summit, with the presence of the Canadian Prime Minister’s wife, Madame Sophie Grégoire Trudeau, the Mexican President’s wife, Dr. Beatriz Gutiérrez Müller, and the Mexican Minister of Culture, Alejandra Frausto. Nine of the twelve Indigenous women leaders celebrated in the exhibition attended the event as guests of honor, alongside a representative of Martha Sánchez, who passed away in 2021. Following remarks by Minister Frausto, Irma Pineda and Tanya Sirois gave a speech on the role that Indigenous women play in the well-being of their communities and the challenges they face. The ceremony also featured remarks by Ambassador Graeme Clark, Madame Grégoire Trudeau and Dr. Gutiérrez Müller (the full recording of the speeches can be found below). Other government officials present at the event included the Mexican Minister of Agriculture, Victor Villalobos, the Chair of the Foreign Relations-North America Committee at the Mexican Senate, Senator Gina Cruz, and Canadian Member of Parliament, Julie Dzerowicz.

The exhibition will be on display and open to the public during the first trimester of 2023.

Visit the museum’s website for more information to plan your visit.