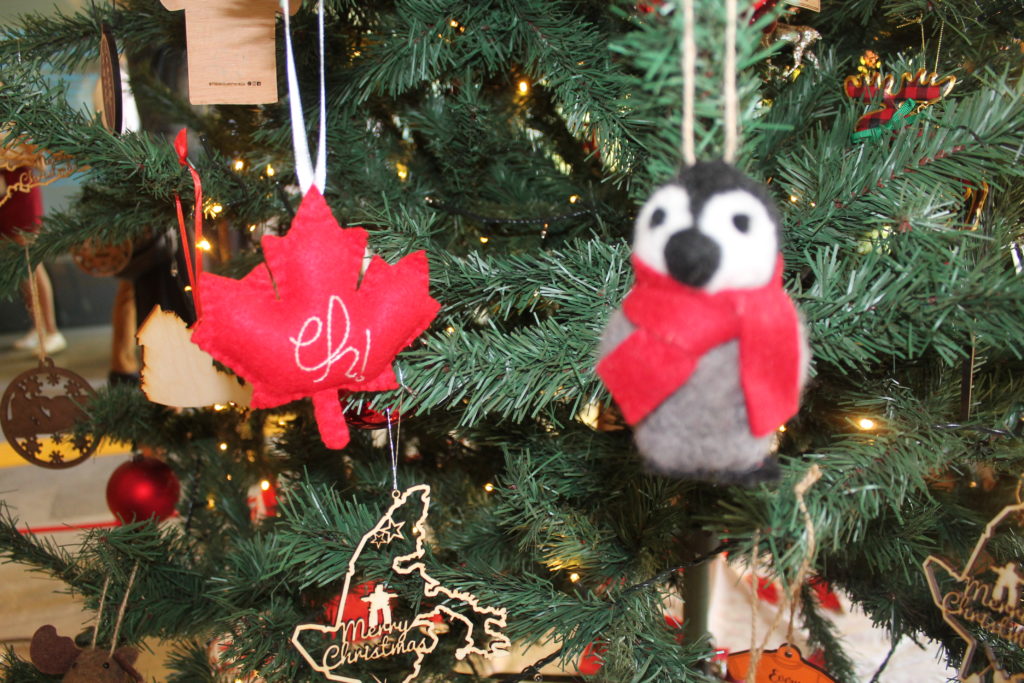 On the occasion of the December holidays, PAPALOTE MUSEO DEL NIÑO seeks to celebrate unity, harmony, gratitude and peace through Christmas trees intervened by embassies in the “Lazos de Navidad” exhibition. The exhibit will remain until January 2022, included in the museum ticket.

Unlike previous years, where the states of the republic were the guests of honor, PAPALOTE made this year’s exhibit international by inviting the embassies of different countries here in Mexico City. Belgium, Brazil, Canada, South Korea, Colombia, Ivory Coast, Norway, New Zealand, Ukraine and Uruguay participate in this show. Each tree is inspired by the particular traditions of these countries, highlighting cultural diversity and awakening the interest of Mexican families for other cultures. Thus, PAPALOTE visitors will have a small sample of how Christmas is lived and expressed differently in each place.

The Canadian tree represents the ethnic, cultural and natural wealth of the country, highlighting its pride in diversity. There are winter-weather animals like moose, polar bears, and seals, and sports like skiing, curling, hockey, and sledding. Together, the ornaments are a sample of the coexistence between Canadian tradition and modernity. Some were made by indigenous and non-indigenous artisans from the Yukon Territory, and the provinces of British Columbia, Saskatchewan, and Ontario; and others come from the Indigo store, a place where it is traditional to do our Christmas shopping every year. There are also photographs of various families that show the ethnic diversity of our country, made up largely of immigrants from all over the world. The meaning of the orange shirts: “Every Child Matters” is a tribute to the indigenous children who perished in residential schools in Canada for decades. They are the reminder of a past that drives us to be better and part of the reconciliation process between indigenous and non-indigenous Canadians. Lastly, there is a nativity scene, a custom that we share with Mexico and other countries in the world.

The exhibition is open to the public until the beginning of January. 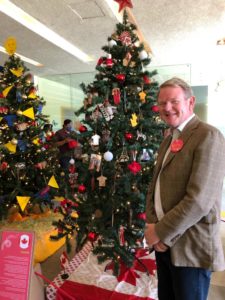 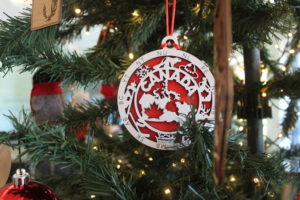 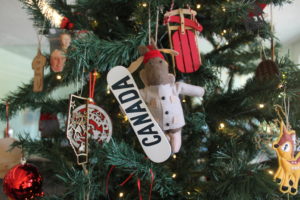 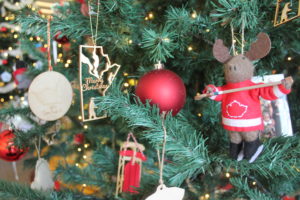