Canada and Mexico share a commitment to increasing opportunities and prosperity for our people. Mexico is one of Canada’s most important economic relationships and is Canada’s third most important commercial partner. We have strong commercial ties that have grown constantly since NAFTA came into force in 1993, and that create thousands of jobs in both countries through trade exchanges, foreign direct investment and joint programs.

The original NAFTA, which came into force in 1994, helped create an economically influential and competitive regional market, with 480 million consumers and a combined GDP of $21 trillion USD. Trade between the NAFTA countries is calculated at over $100 million dollars per hour. But we not only sell products to each other; we make things together, and our supply chains are highly integrated.

The ratification of the new NAFTA – or CUSMA – marked an important milestone in the evolution of our trilateral trade. The CUSMA will continue to strengthen the economic ties between our three countries, will support well-paid middle class jobs for everyone, and will provide a much-needed boost for our economic recovery after the Covid-19 pandemic.

With the CUSMA, we have legal certainties for the road ahead: we must take advantage of the competitiveness of our region in an increasingly complex global context. It not only includes clear rules for our companies, but also incorporates a progressive vision of the benefits of trade and investment for economically vulnerable groups, women, the environment, Indigenous peoples, and the fight against corruption.

Canada’s long-standing trade relationship with the United States and Mexico under NAFTA and now the new modernized NAFTA, has been a model for the world. Through people-to-people and business-to-business ties, we have built one of the most competitive trade regions in the world." - Mary Ng, Minister of Small Business, Export Promotion and International Trade 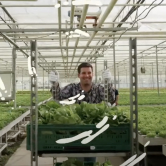 Canadian investors play an important role in economic development and employment in Mexico, sometimes in isolated and marginalized regions. Canadian companies are committed to operate under the principles of responsible business conduct, and contribute through their programs not only to employment, but also to education, sustainable development and the well-being of individuals and communities.

The challenges faced by Canadian investors in Mexico, particularly in the extractive sector, are related to the lack of rule of law, ownership, issues related to consultations with indigenous communities and right of way, as well as recent approaches to energy policies. 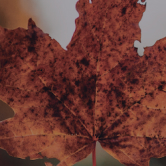 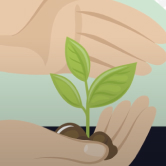 Canadian companies are the largest foreign investors in the mining sector in Mexico, representing 70% of all foreign mining companies operating in the country. Our companies operate responsibly, respecting human rights and with a commitment towards responsible business practices abroad.

Canadian investment also improves the personal economy of workers in the Mexican mining sector, expanding their opportunities for development. Mexican mining workers recognize that their jobs in Canadian companies have improved their quality of life, access to healthcare and social protection. 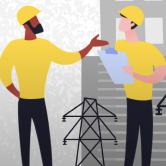 Canadian energy companies participate actively in the development of the Mexican energy sector, including exploration, pipelines, and renewable energy. These companies are not only financially profitable; they add value to society and contribute to the Federal administration’s goals.

For example, acknowledging that education broadens opportunities and allows people to leave poverty behind, Canadian companies contribute to the education of indigenous communities by offering tutoring programs to children in elementary school, providing scholarships to university students, and supporting literacy programs for elderly people in different parts of the country.

Moreover, Canadian companies in the energy sector offer quality jobs with a broad package of benefits, including pension funds, health services and savings funds, thus improving their quality of life, and giving certainty to their future.

In Mexico, Canada has invested over $10.3 billion dollars in the energy sector alone, including $4.1 billion dollars in renewable energy, creating tens of thousands of well-paid jobs, community development programs and significant tax contributions. 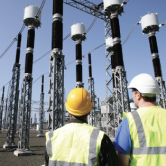 There are over 60 Canadian car part companies operating in Mexico, with over 130 plants in 14 states, employing approximately 30,000 Mexicans. Canadian investment in the sector contributes significantly to North American integration, and to the expansion of the middle class in Mexico.

The employment conditions and opportunities offered by the automotive industry – including above-average wages, credit facilities and possibilities to acquire homes, and educational and professional growth opportunities – have allowed Mexican workers to have a better quality of life.

Aside from their valuable input to the Mexican economy, Canadian suppliers in the automotive sector have contributed to the production capacity in Mexico. Some Canadian suppliers, for example, carry out the manufacture of large molds and complex tools entirely in their Mexican workshops, employing Mexican technicians who have been trained in a wide range of skills related to this highly sophisticated trade. 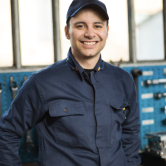 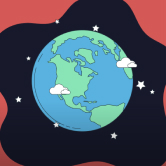 The Seasonal Agricultural Worker Program (SAWP) was established in 1974 by the governments of Mexico and Canada to respond to the growing need for labor in the Canadian agricultural sector. It allows Canadian employers to hire temporary foreign workers when Canadians and permanent residents are not available. These employers can hire workers from participating countries for a maximum period of 8 months, between January 1 and December 15, provided they are able to offer the workers a minimum of 240 hours of work within a period of 6 weeks or less.The program is invaluable for Canada’s food supply.

The SAWP offers Mexicans an alternative for orderly, legal, and safe labour mobility, fully respecting the rights of labourers and offering conditions equal to those of Canadian workers. Mexicans who work in Canada under the SAWP enjoy a stable job and earnings that allow them and their families, who often come from Mexico’s most vulnerable regions, to have a better quality of life. This is especially valuable in the current context of economic slowdown.

The SAWP has allowed thousands of Mexican labourers from rural regions to provide for their families, pay for their childrens’ education (including university), buy homes, pay their debts, start businesses, and purchase health insurance for themselves and their loved ones.

Oaxaca, Puebla and Chiapas, the three states with the largest number of marginalized rural zones in Mexico, are also those in which our efforts bear greatest fruit to combat poverty. Oaxaca, for example, sent over 400 workers from Priority Attention Zones to Canada in 2019.

The SAWP also supports Mexican families living in the states with the most urban areas in poverty: Veracruz, the State of Mexico and Oaxaca. In 2019, each of these states sent almost 2,000 workers from urban priority areas (ZAPs) to Canada through the SAWP.

In 2019, Canada received over 27,000 agricultural workers under the SAWP. And in 2017, Mexicans who participated in the program sent USD $218 million in remittances to their families.
. 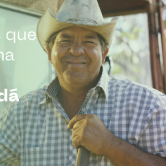 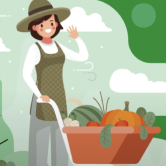