Canada and Mexico have cultural manifestations of great quality and diversity. Culture allows us to recognize and celebrate the values that we have in common. That is why our cultural exchanges have increased exponentially since the Government of Canada’s renewed interest in investing and promoting its cultural industries in Mexico.

Our countries recognize that culture is an ideal motor for the prosperity and well-being of both countries. We both undertake trade missions, cultural exchanges and dialogues to reinforce cooperation and to promote our rich and varied cultural expressions. Most recently, Canada is proud to have been Guest Country of Honour for the Cervantino Festival in 2019, and is honored to host Indigenous Crossroads: Canada-Oaxaca as part of Mexico’s 2021 anniversary celebrations, with a strong emphasis on indigenous cultures and dialogues.

Canada is proud to have been Guest Country of Honour for the Cervantino Festival in 2019, and is honored to host Indigenous Crossroads: Canada-Oaxaca.

Canada is also recognized in Mexico as an excellent study and research destination. International education is a key pillar for the creation of strong economic ties, the development of human capital, the promotion of cultural exchange and the strengthening of ties between people for the current world economy. Mexico is a priority market under Canada’s International Education Strategy. It is the second-largest source of international students from Latin America after Brazil; before the pandemic, there were approximately 20,000 Mexican students per year in language programs, exchange programs and full-time studies.

Canada has also become the main destination for short-term English or French language programs abroad, with an increase of 41% in 2017.

Mexico is one of the main recipients of Canada’s Emerging Leaders in the Americas (ELAP) program. The Government of Canada has given scholarships to almost 800 Mexican students for short-term studies or research since the program began in 2009.

Canada and Mexico have an increasingly dynamic relationship. There are over 300 agreements in place that facilitate partnerships between institutions, associations, provinces, states and governments.

Mexico is the main sun and beach destination for Canadians, and their second preferred destination in the world after the United States. In 2019, almost 2 million Canadians visited Mexico.  Tens of thousands are snowbirds, who travel to Mexico each year for the winter. Over 50,000 Canadians live in Mexico.

Tourism from Mexico to Canada also increased since the visa requirement was eliminated in December 2016 and until the Covid-19 pandemic disrupted travel. Canada requires all travelers from non-visa required countries to obtain an Electronic Travel Authorization (eTA) before traveling or transiting to Canada by air. 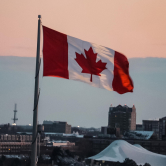 Traveling to Canada and Border Measures

Canada welcomes over 300,000 immigrants each year. Immigrants not only contribute to the Canadian economy; they create family links between Canada and their countries of origin.

The Canada-Mexico Seasonal Agricultural Workers Program, created in 1974, is a global model of secure, organized, and legal migration. Most of the Mexican workers who participate in the program go back to Canada every year, some of them creating strong ties of friendship with their employers and changing the faces of the Canadian communities that welcome them. 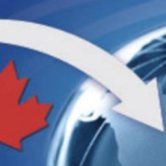 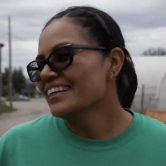 The Can-Mex Youth Lab was created by the Embassy of Canada in Mexico and the Embassy of Mexico in Canada not only to increase collaboration between Canadian and Mexican youth and create a platform for the participation of youth in a wide range of topics of bilateral interest, but also to create lasting bonds between the participants.